Mineralni bani is a national balneological resort – one of the best ones suitable for relaxing and healing in our country. It is situated in Southern Bulgaria, only 18 km far from the regional town of Haskovo. It is located in the northern part of the Eastern Rhodopes – in the foot of Aida Peak/859m/. The resort is enveloped with wonderful forest vegetation which gives it crystal clear air and natural beauty. Its climate – a mild winter, a warm summer and a long autumn – is favourable to the tourism development during all the seasons.

Recently the resort village underwent radical changes in its look and became an attractive tourist destination for balneological, ecological and cultural tourism. 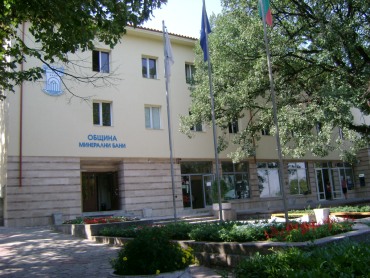 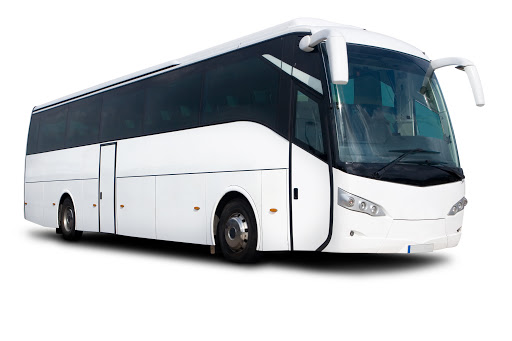 • There is also a regular and comfortable bus line to the regional town of Haskovo. 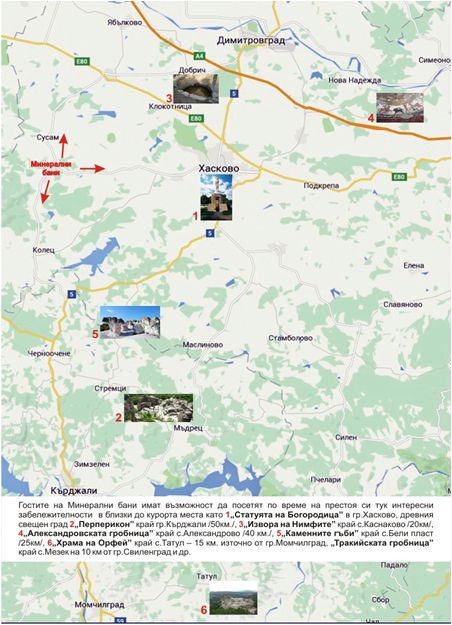 During their stay the guests of Mineralni bani have the opportunity to visit interesting landmarks in the places near the resort such as:

• The Monument of the Virgin Mary in Haskovo - 18 km

• The ancient sacred town of the Thracians Perperikon - 50 km

• The Stone Mushrooms near the village of Beli plast - 25 km

• The Thracian Tomb near the village of Mezek/100km/ - 10km from Svilengrad.

The mineral water – the most valued natural resource of the area is hyperthermal – 59 degrees Celsius and is unique with its chemical composition and healing properties.

The national resort Mineralni bani is specialized in treatment of peripheral arteries diseases of organic and functional type.

Besides these diseases the following illnesses can also be cured with an excellent result:

The mineral water is drunk when having kidney sand, gastritis, colitis, ulcers, bile and liver diseases.

The opening of the new-built balneohotel Bozhur /PRO Ltd/ is very important. Here the tourists can do prophylaxis of their health and take medical care at NSSI program preferential prices. 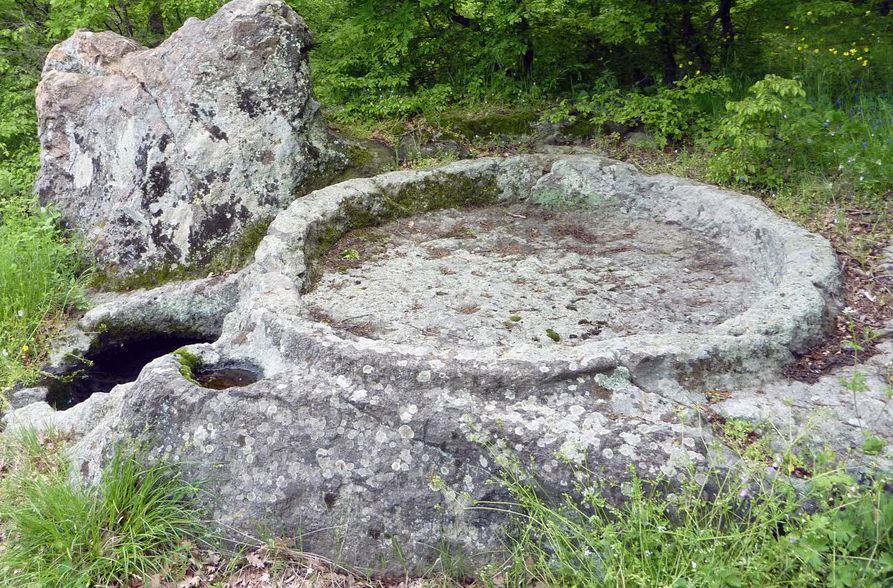 The district is rich of many megalithic monuments, ruins from the most ancient European civilization – cult niches, rock tombs, sharapani and nearby sanctuaries and fortresses. Along the eco paths there are built coquet sites for relax equipped with benches, bowers and places for barbecue. The most part of these sites are located on places with a panoramic view towards the wonderful forests of the Eastern Rhodopes.

Some of the more interesting landmarks are the Holy Spirit fortress, Virgin Mary’s foot, the cult complex Eagle Rocks with the carved human profiles, the ancient town of the Sun near the village of Angel voyvoda and the Snake town near the village of Sarnitsa – approximately coeval with Stonehenge. 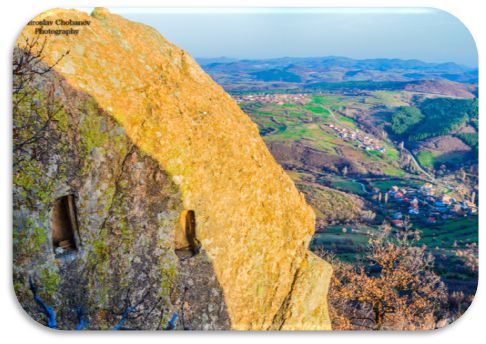 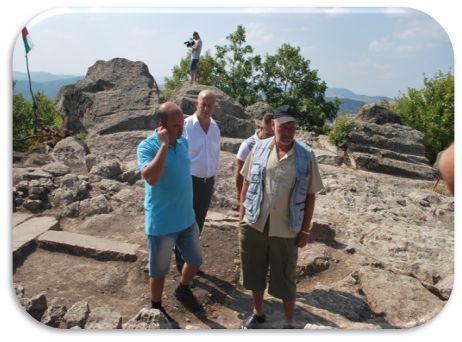 For the people who love Mother Nature and our cultural heritage in the territory of the municipality there are built six eco paths that comprise important natural and cultural landmarks. 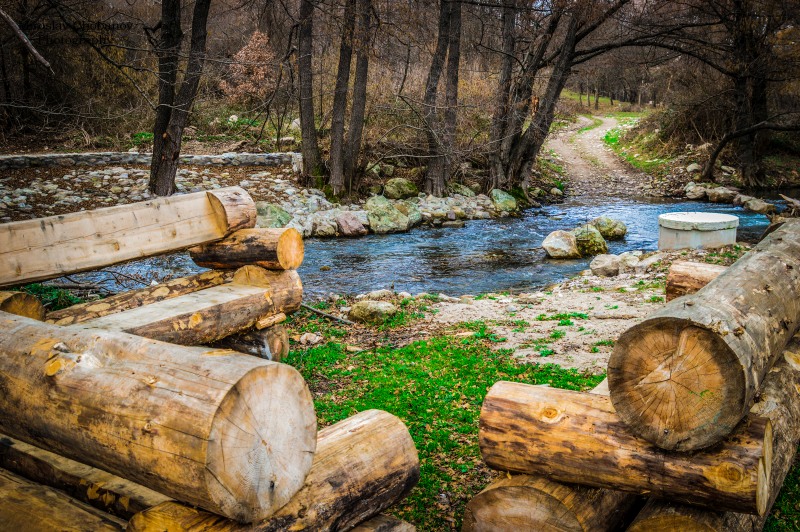 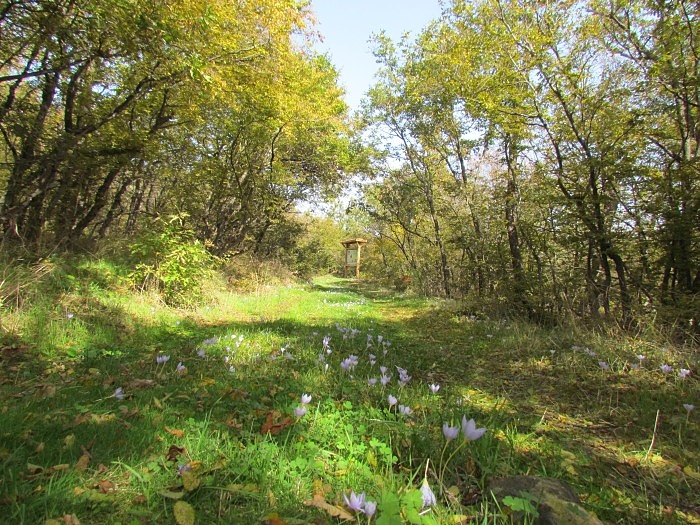 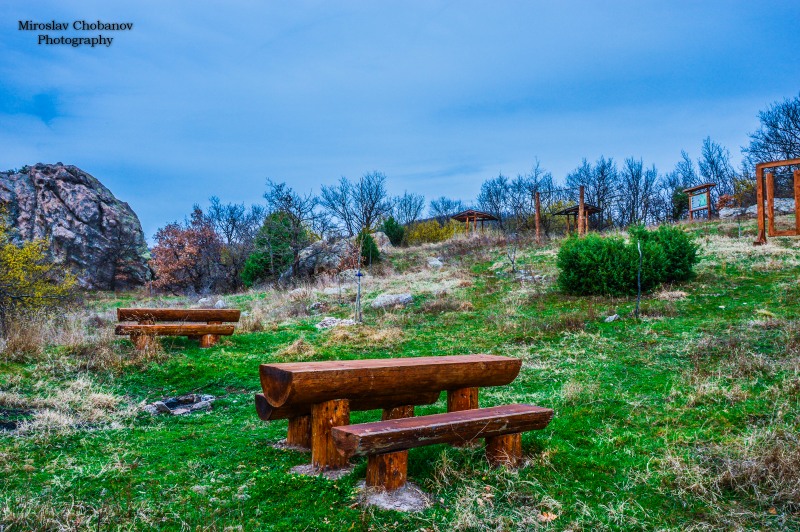 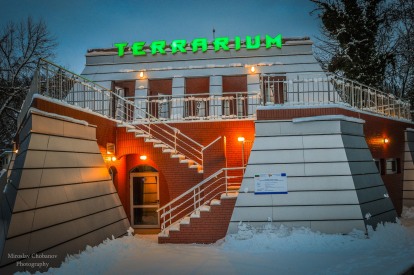 An interesting place for children and adults is the new-built modern terrarium located in Toplika Park.

The visitors can see the permanent exposition of different species of amphibians and reptiles that can’t be seen for a long time in their natural environment. 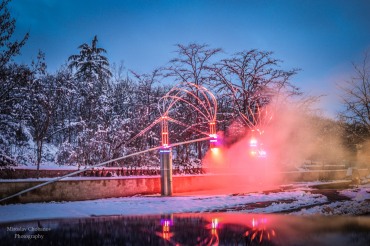 Another interesting tourist destination is situated near the terrarium. It is called Chifte bania.

At night, silent nice music is the background of laser beams that illuminate the two small pools full of mineral water which falls from two huge attractive showers. 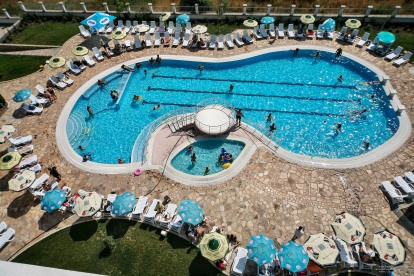 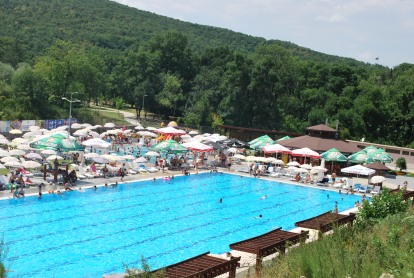 •  The Olympic pool has olympic dimensions and a children’s pool with sections for children all ages, a Jacuzzi, a children’s playground, open-air bar-bistro and rented rooms.

•  The Daisy pool has a Jacuzzi, a children’s pool and a healing pool. 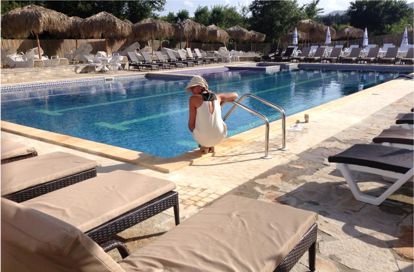 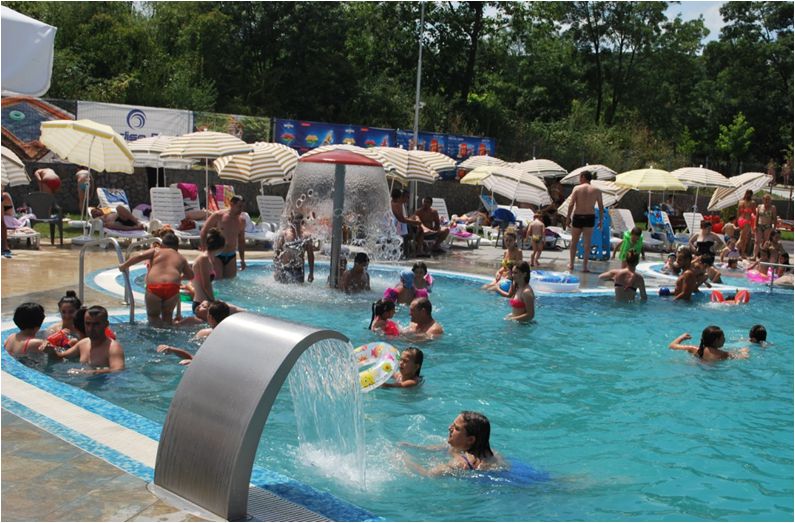 The following important cultural celebrations, competitions and festivals are held every year in the municipal centre of Mineralni bani.

•  The Festival of the mineral water, health and beauty is an official holiday of the municipality. It is held on Fridays and Saturdays of the last August week and is consecrated on the unique healing mineral water.

•  International children’s ethnic festival “Children of the Balkans – with spiritual power in Europe!” – it is held on 31st May  and 1st June with the aim to overcome the ethnic differences and increasing the ethnic and religious tolerance among all children. Over 2 000 children take part from Bulgaria, Turkey, Macedonia, Greece, Serbia, Romania, Croatia, Georgia, Poland etc… 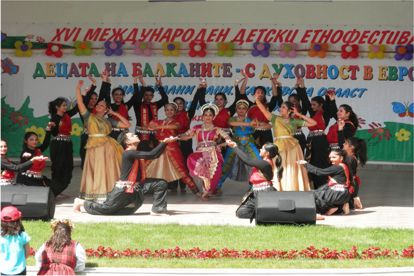 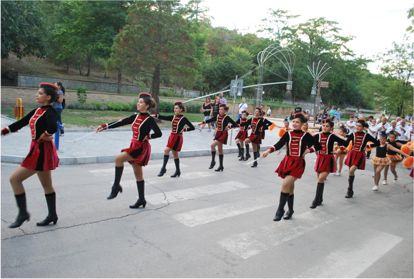 •  National competition “With Nedyalka Keranova’s songs”  is very interesting for the fans of the Bulgarian folklore music. It was held for the first time in 2015 in the honor of the great folklore singer’s art. Nedyalka Keranova was born and grew up in the village of Tatarevo.

•   The Festival “Horo dancing at the vintage” is held in the end of September. It includes a competition in dancing of groups playing Bulgarian horo dances from all over the country. The festival is combined with an ancient Thracian ritual in the honor of gods Sabaziy -Zagrey. All participants in the ritual wear Thracian clothes and wteaths of vine leaves. 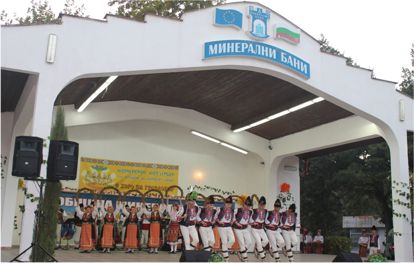 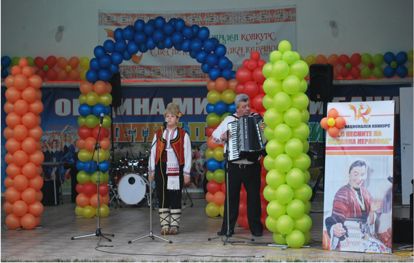 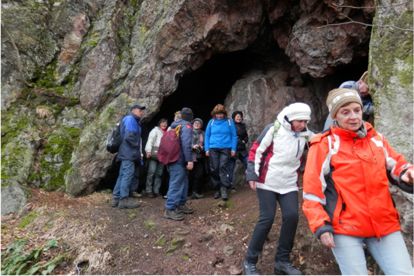 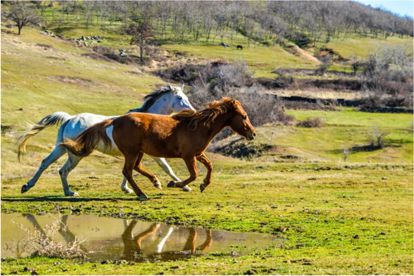